Scottish technology company arbnco has been selected as the delivery partner for a first-of-its-kind smart street lighting pilot in Lincolnshire, in partnership with South Kesteven District Council, which draws to a close this month. In addition to providing the highest quality LED street lighting, arbnco has deployed IoT technology to monitor air quality and footfall in the community during the trial.

The pilot will help the Council reduce its energy consumption, and support its ambition to reduce its carbon footprint by 30% before 2030. It is expected to deliver energy savings of at least 60%.

The project forms part of the IoT for Local Authorities programme run by Digital Catapult, the UK’s leading advanced digital technology innovation centre. The programme aims to help local authorities harness the potential of IoT by collaborating with start-up and scale-up technology companies.

Twelve street light heads have been installed for the pilot, which will collect data on their surroundings: four on a public footpath in Grantham; four at Stamford bus station; and four at Cattle Market car park in Stamford. They are fully integrated with smart technology, offering sensor control and dimming, with some of the lights also providing air quality and video monitoring.

Data collected by the lights is streamed in real time to a control dashboard via the cloud, allowing the Council to make informed data-led decisions, interventions and optimisation strategies.

The LED chips used in the light heads are more durable and efficient than the existing metal halide lamps across the district, and will generate a minimum of 60% reduction in energy cost for the Council during the trial period. They are also able to simulate natural daylight with a Colour Rendering Index (CRI) of 95, bringing a new level of safety to drivers, cyclists and pedestrians.

All twelve street lights are fitted with timing and dimming controls to reduce their energy consumption through the night. The lights along the footpath also have a built-in camera, allowing the dimming to be controlled via motion-detection. At night, these lights will be reduced from 70W to 5W to reduce wastage, and will brighten again when they detect movement. The video monitoring also enables the Council to monitor footfall and direction of travel along the path.

In addition to the enhanced controls, the lights at the bus station are also fitted with sensors to monitor air quality, helping the Council to reduce pollution levels. Sensors on the lights will monitor temperature, humidity, and pressure, as well as compounds that can be particularly harmful to humans, such as sulphur dioxide, nitrogen dioxide, and fine particulate matter. This will allow South Kesteven District Council to understand air quality in the area, how it might affect residents, and take measures to improve it.

South Kesteven Councillor Dr Peter Moseley, Cabinet Member for Commercial & Operations, said: “We are continually looking for new ways to reduce our carbon footprint and save money and this is a great example of using the latest technologies to do both. IoT technology is playing an increasingly important role in local government, and offers the opportunity to remotely control and monitor the condition of equipment, and make the best use of resources.”

arbnco won the pilot contract after a competitive process which saw thirteen organisations pitch. Peter Karney, Head of Product Innovation at Digital Catapult, said: “South Kesteven District Council had a plan to roll out a new lighting system across the borough, and we have worked with them to consider what other sensors they could install as part of that, to make the network more intelligent. arbnco’s technology will provide a level of insight that was previously completely unattainable for the Council. On top of this, they have a proven record of delivery and will be able to deliver at scale, should the council decide to roll this smart lighting out across its network.”

arbnco is working with SSE Enterprise Contracting, and its subsidiary company Mayflower Smart Control, on the delivery of the pilot. They have installed Mayflower Central Management System (CMS) which will assist with maintenance and data reporting. By analysing the data that is fed from the streetlights into the CMS, arbnco will also be able to determine the length of the payback period for the Council, at which point the cost of installation would be covered by the resulting energy savings made.

Simon West, co-founder and Chief Operating Officer at arbnco, said: “Today, IoT technology enables us to develop much more intelligent networks, which bring significant benefits for local authorities. This project is going to generate substantial energy savings, help to reduce night-time crime by ensuring the community is as well-lit as it can be, and enable the Council to monitor air quality, one of the biggest public health crises of our times. We’re looking forward to providing the Council with actionable insights, through gathering data that was previously inaccessible to them.”

arbnco’s smart lighting technology will also be installed in Digital Catapult’s HQ in London. It will be on display in the Catapult’s Future Networks Lab which showcases IoT technology, alongside international technology companies such as Siemens and IBM.

The pilot with South Kesteven District Council concludes at the end of February 2020. If successful, it could lead to the Council rolling out the smart street lighting across its network, totalling 3,600 lights. 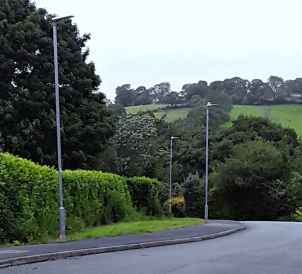 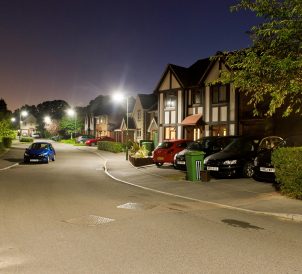 How smart streetlights can…

Prior to COVID-19, social distancing had only been implemented a handful of times, such as during SARS, Influenza and New York’s polio… 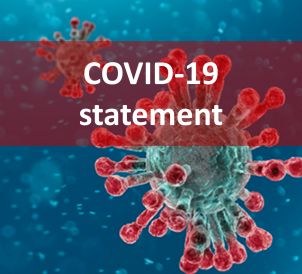 Our Customers and Suppliers Matter To Us To our clients, colleagues and partners, As you will be aware, significant effort is currently…

Smart technology has the potential to lift all our spirits; lighting up the night. Nowhere is this truer than in Southampton. With…